Totomoxtle is a new veneer material made with husks of heirloom Mexican corn. Ranging from deep purples, to soft creams, Totomoxtle showcases the wealth of diversity of the native corns of Mexico which are naturally colourful and are essential for the rich gastronomy of the country.

But this project goes far beyond simply aesthetics. Totomoxtle focuses on regenerating traditional agricultural practices in Mexico, and creating a new craft that generates income for impoverished farmers and promotes the preservation of biodiversity for future food security.

Unfortunately, the number of native varieties of Mexican corn are currently in sharp decline. International trade agreements, aggressive use of herbicides and pesticides, and the influx of highly modified foreign seeds have decimated the practice of growing native corn across the country: It simply isn’t very profitable anymore. The market now favours  standardised features which can only be obtained with genetically modified and hybrid corns. Additionally, the majority of the corn harvested worldwide is used to feed cattle or transformed into secondary products that range from sweeteners for processed foods to bioplastics, therefore nutritional quality is not a priority.

At the moment the only hope for saving the heirloom species of maize lies with the indigenous people. They continue to plant them out of tradition rather than financial gain.

Tototmoxtle operates in partnership with the community of Tonahuixtla, a small village of Mixtec farmers and herders in the state of Puebla. Sadly, the arrival of industrial agriculture to the area and the lack of employment opportunities have recked havoc in the village. The results  have caused a mass migration, the erosion of the land and the loss of native seeds.

Fernando Laposse has been working with a group of families from there since 2016 and with the support of CIMMYT, the world’s largest corn seed bank they have been slowly reintroducing native seeds in the village and returning to traditional agriculture. The husks collected from the harvest are now transformed by a group of local women into the veneering material thus creating much needed local employment.

With this project, Fernando and the community of Tonahuixtla wish to stress the importance of preserving the ancestral corn seeds, not only because of their nutritional properties, but because they might hold the solutions for the climate challenges that lie ahead as many of these varieties have been bred for centuries in incredibly hot and dry conditions.

This is also a project that  exemplifies the  power of design to transform, repair, and promote social cohesion.

The following video tells the complete story of Totomoxtle and includes interviews with key members of the project. 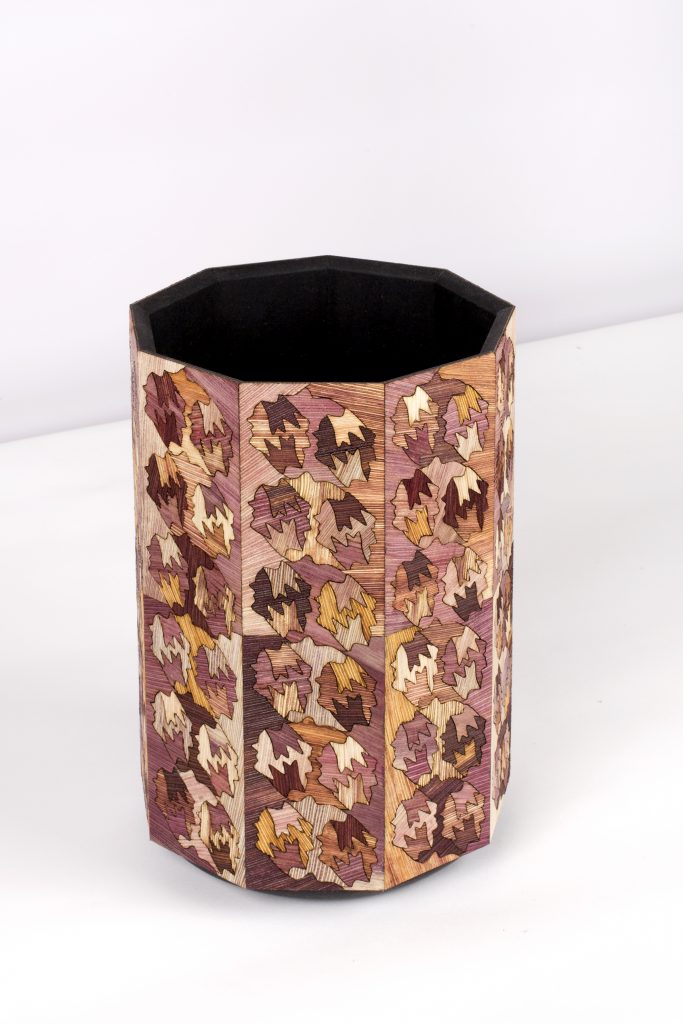 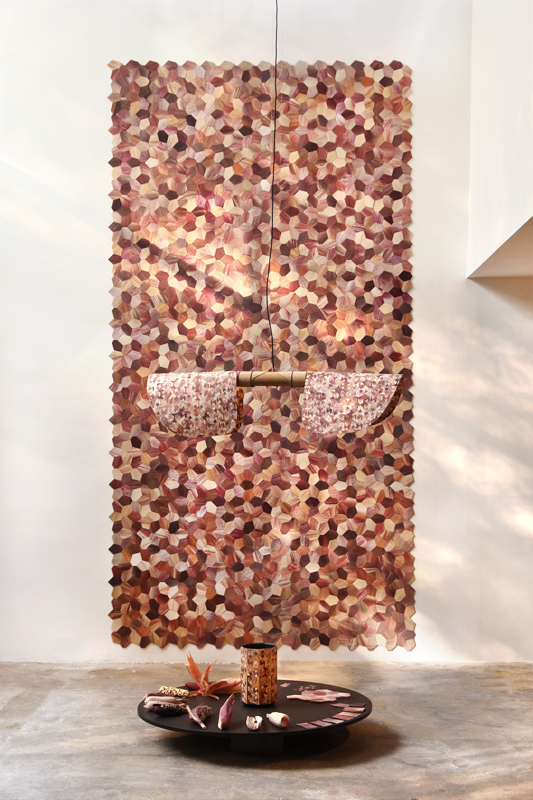 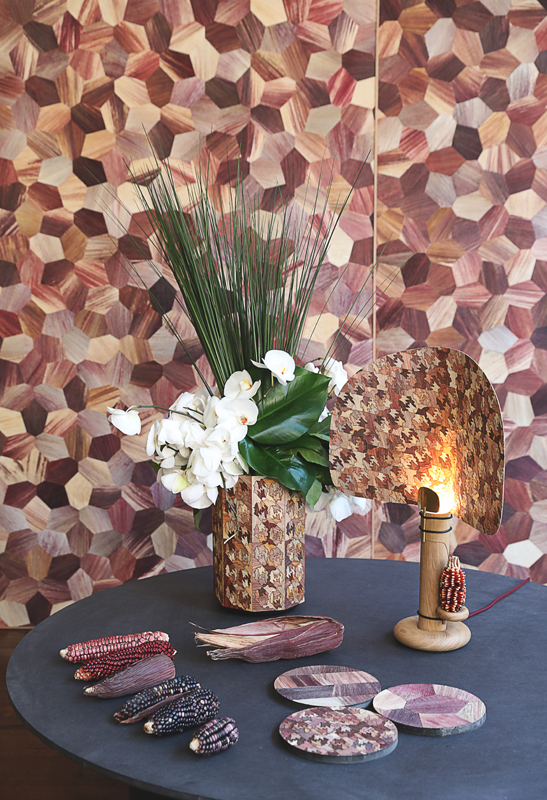 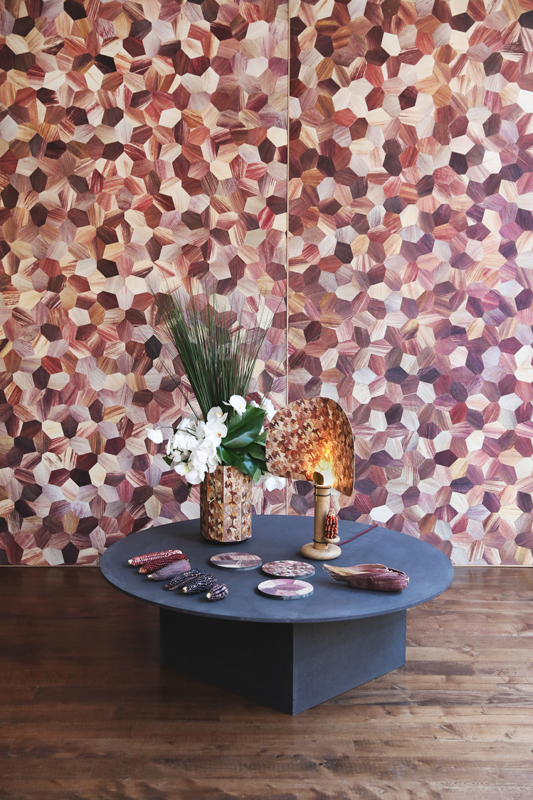 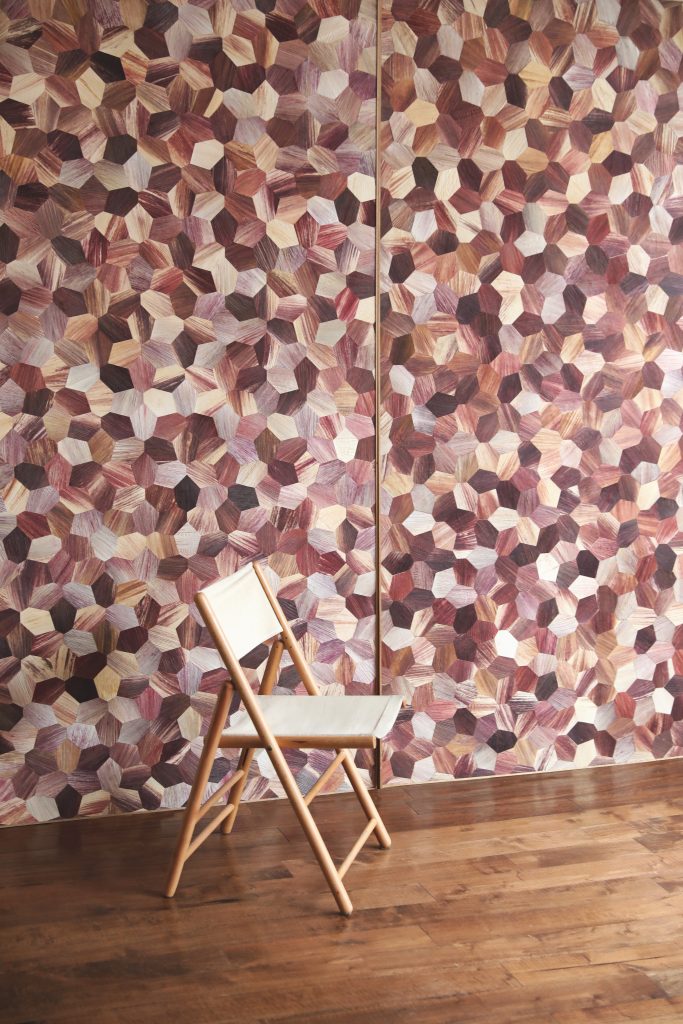 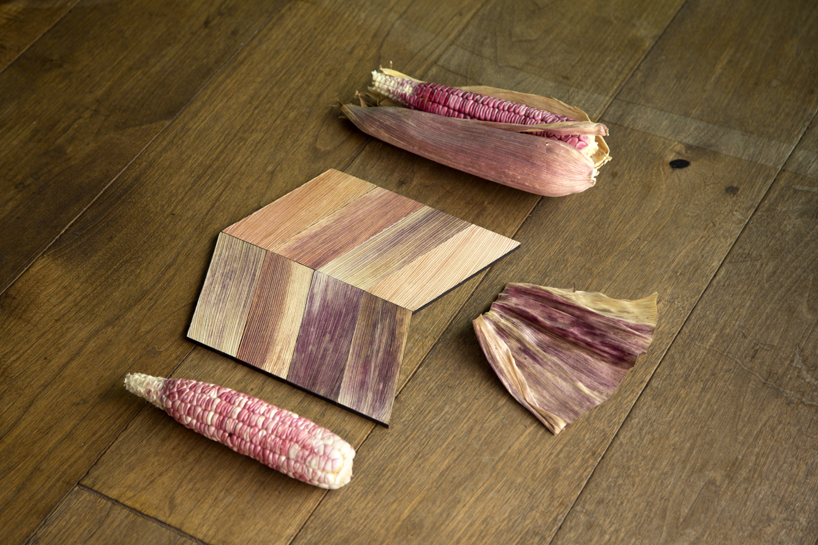 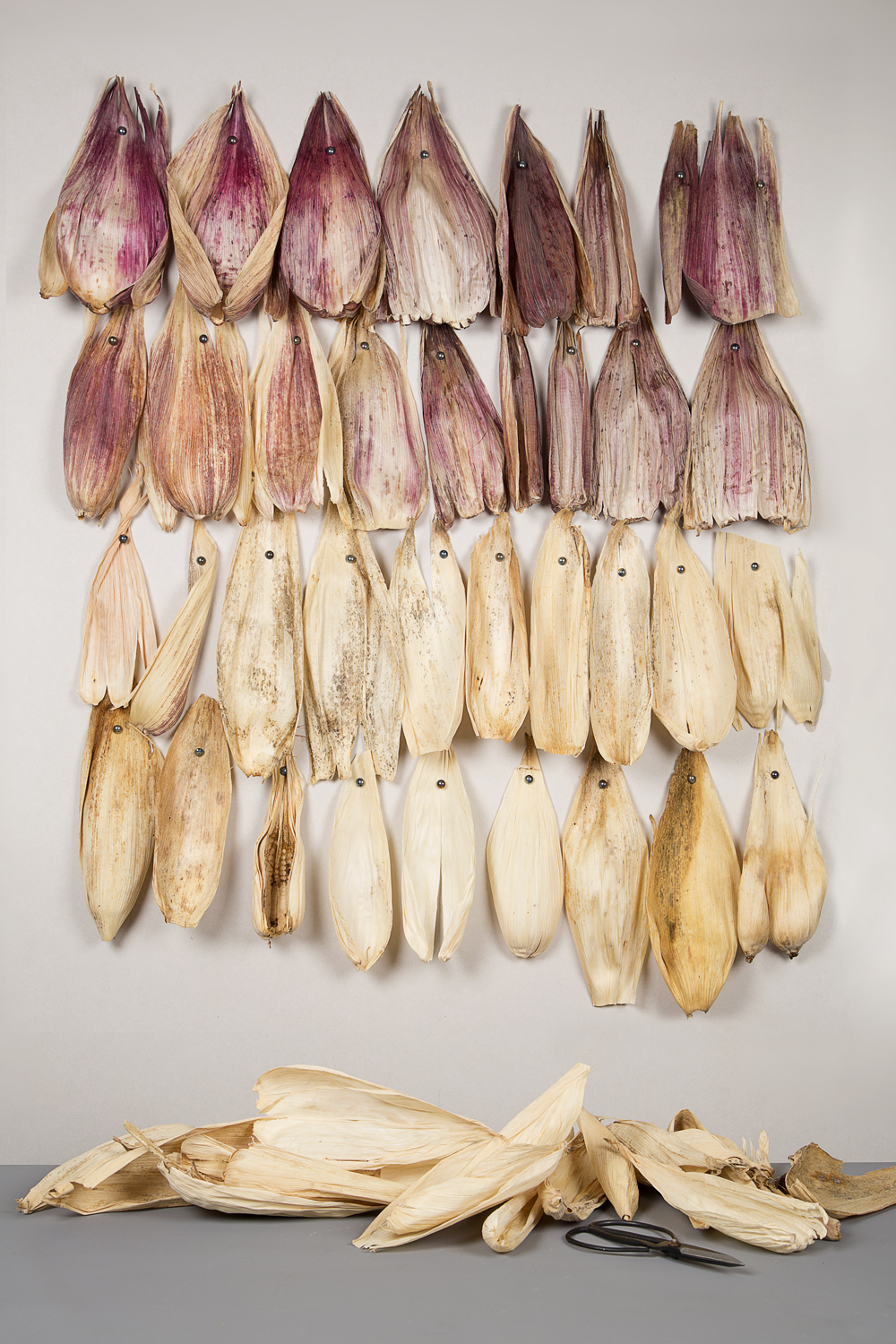 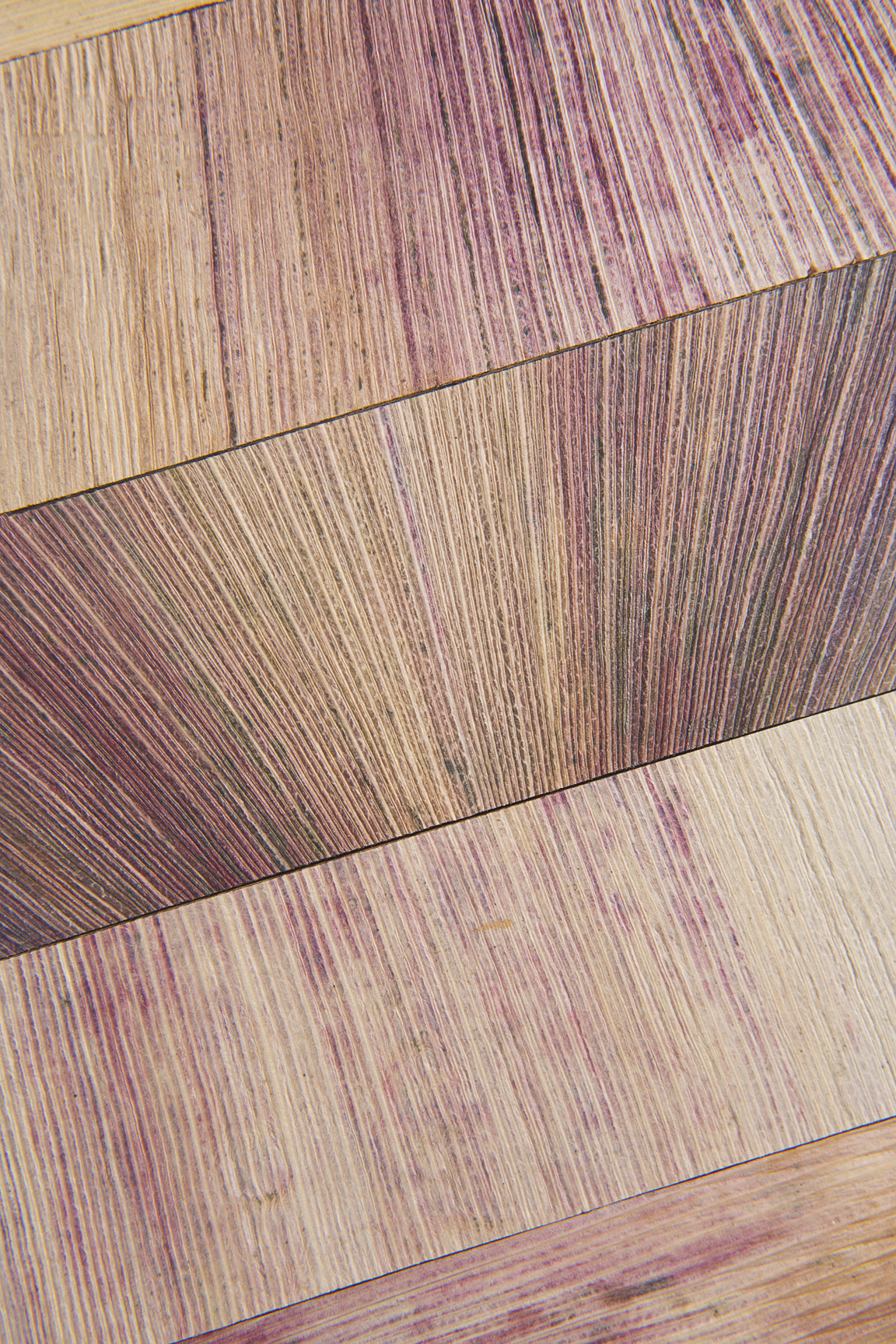 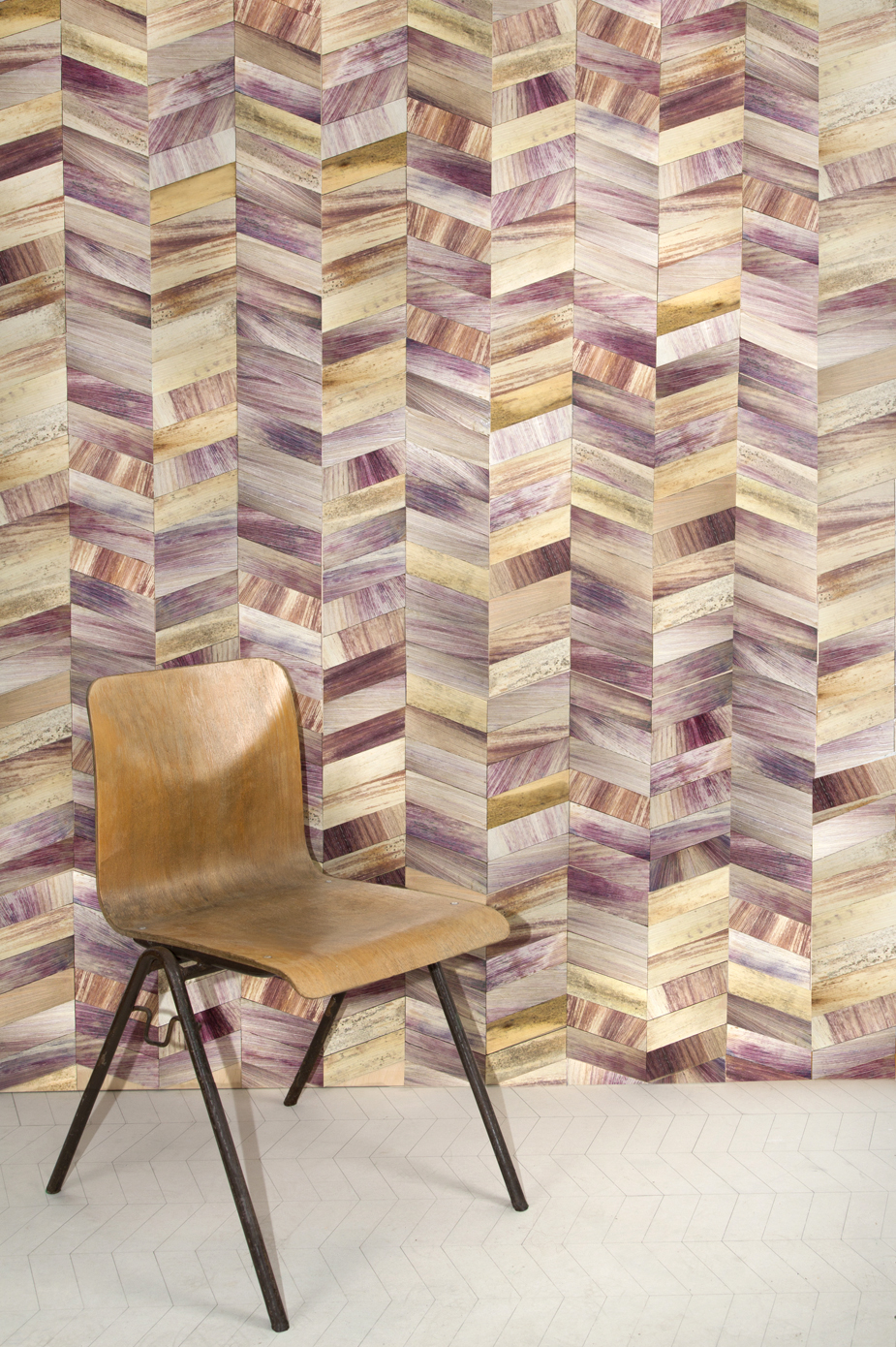 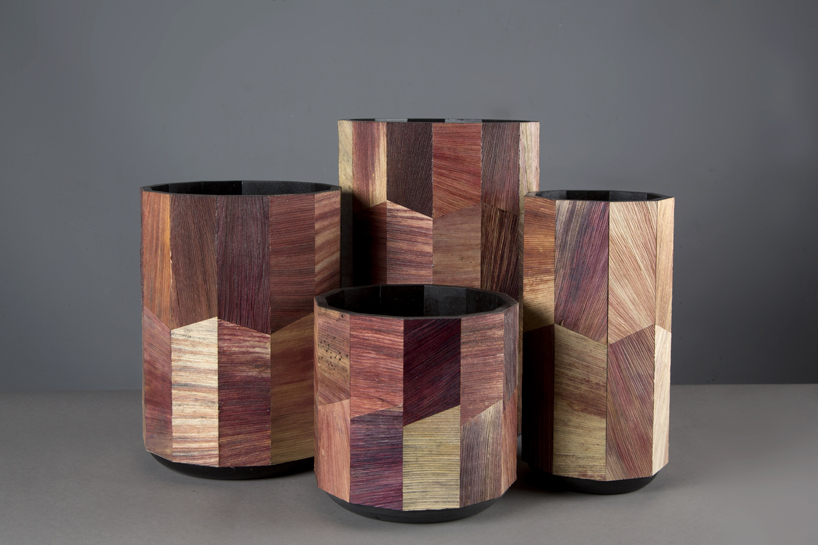 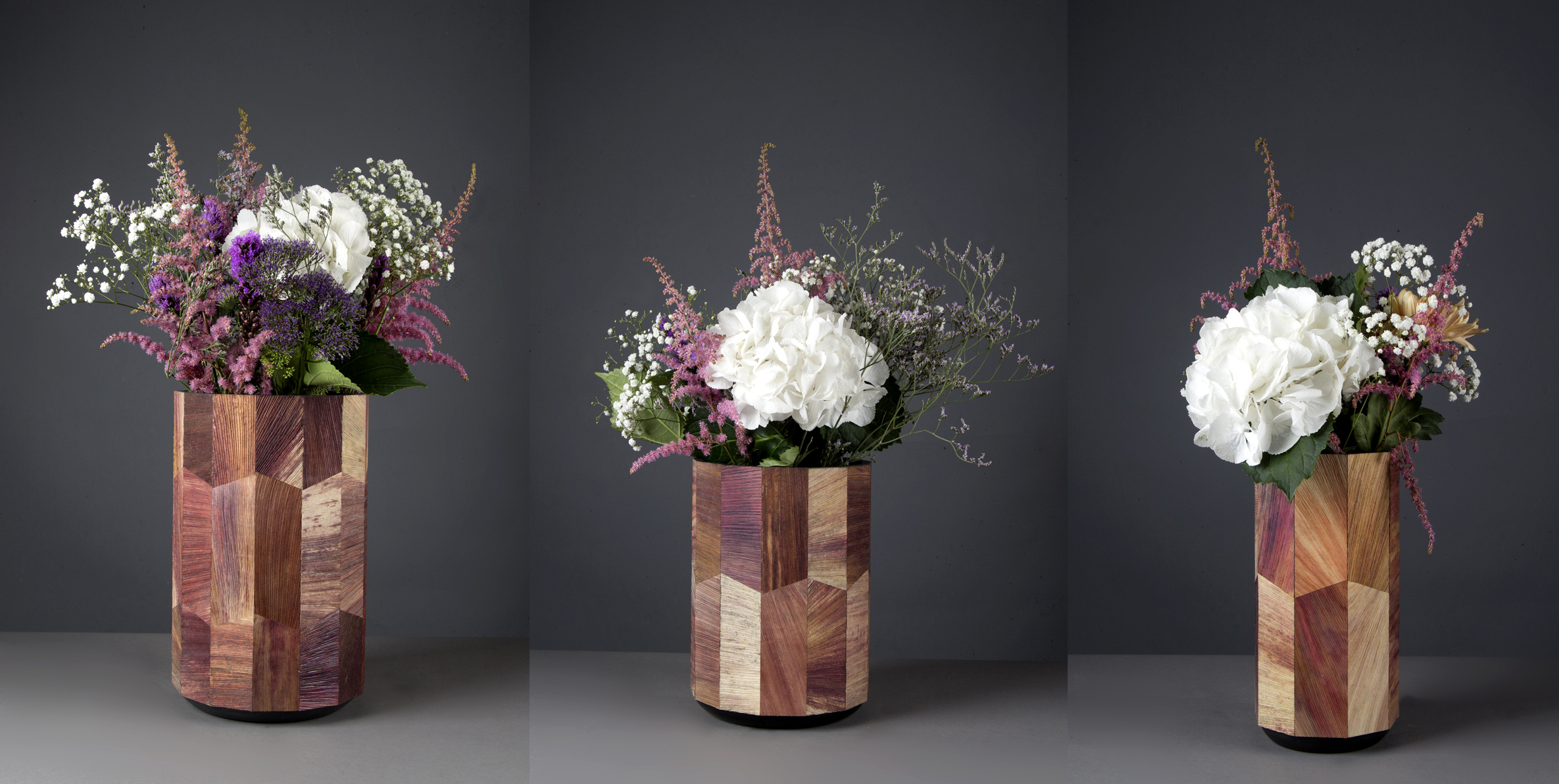 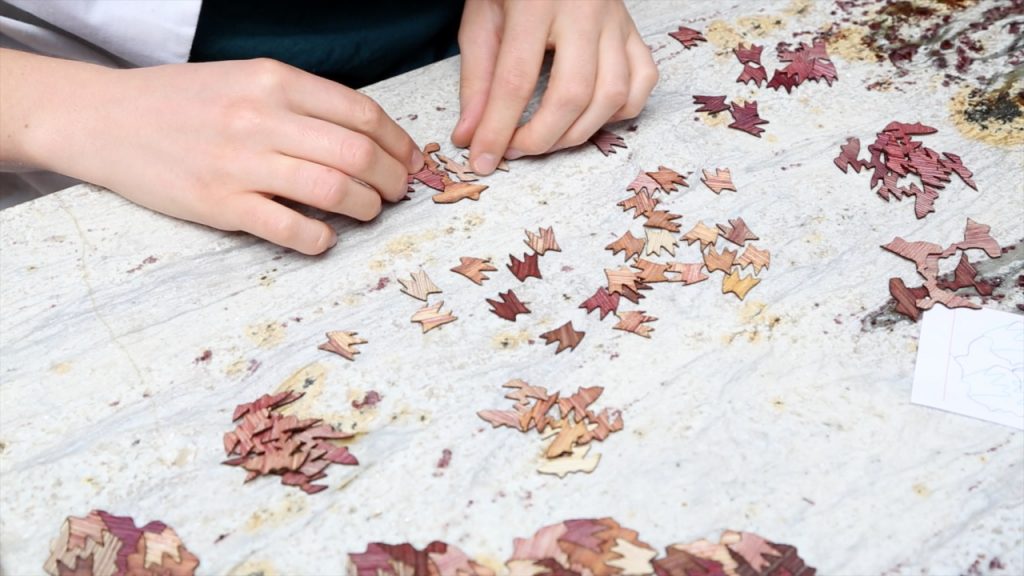 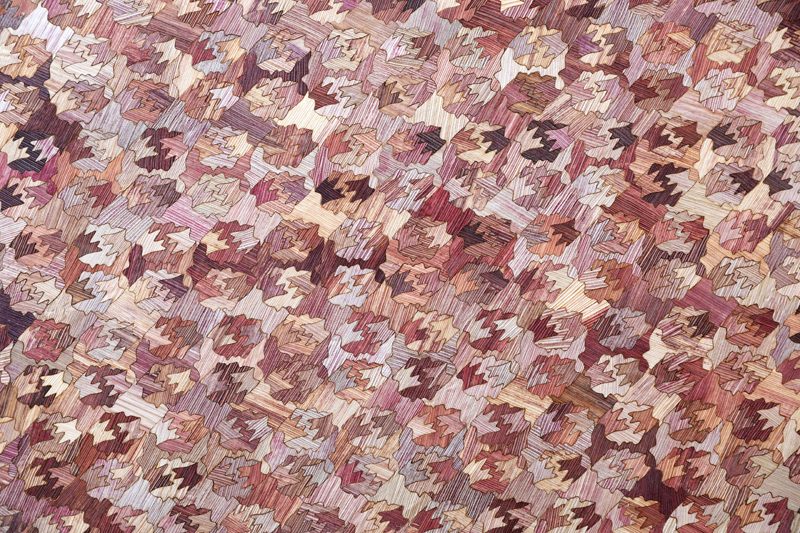 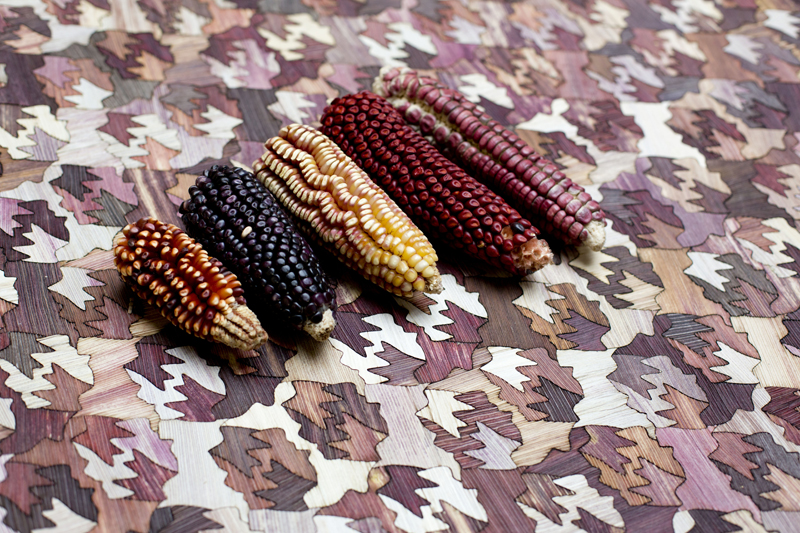 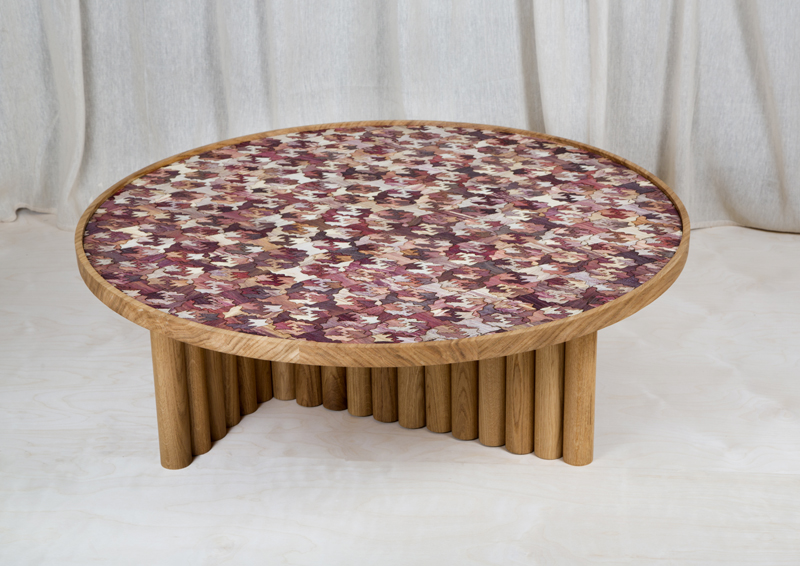 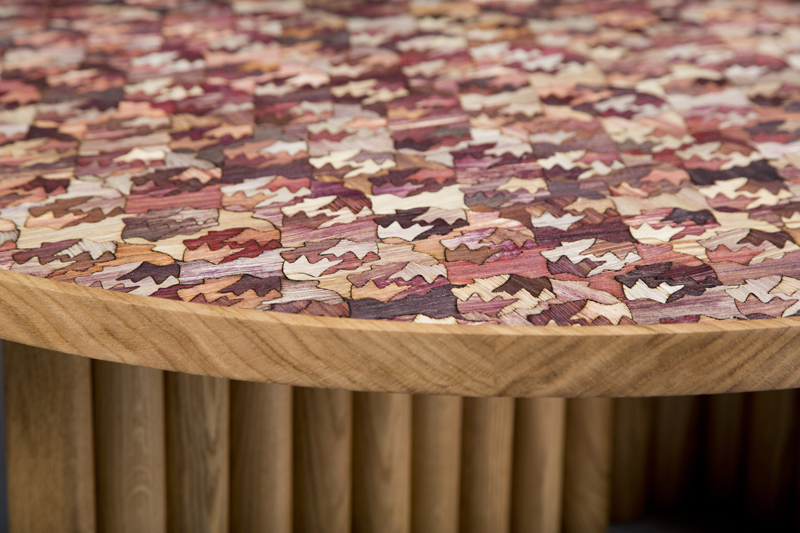 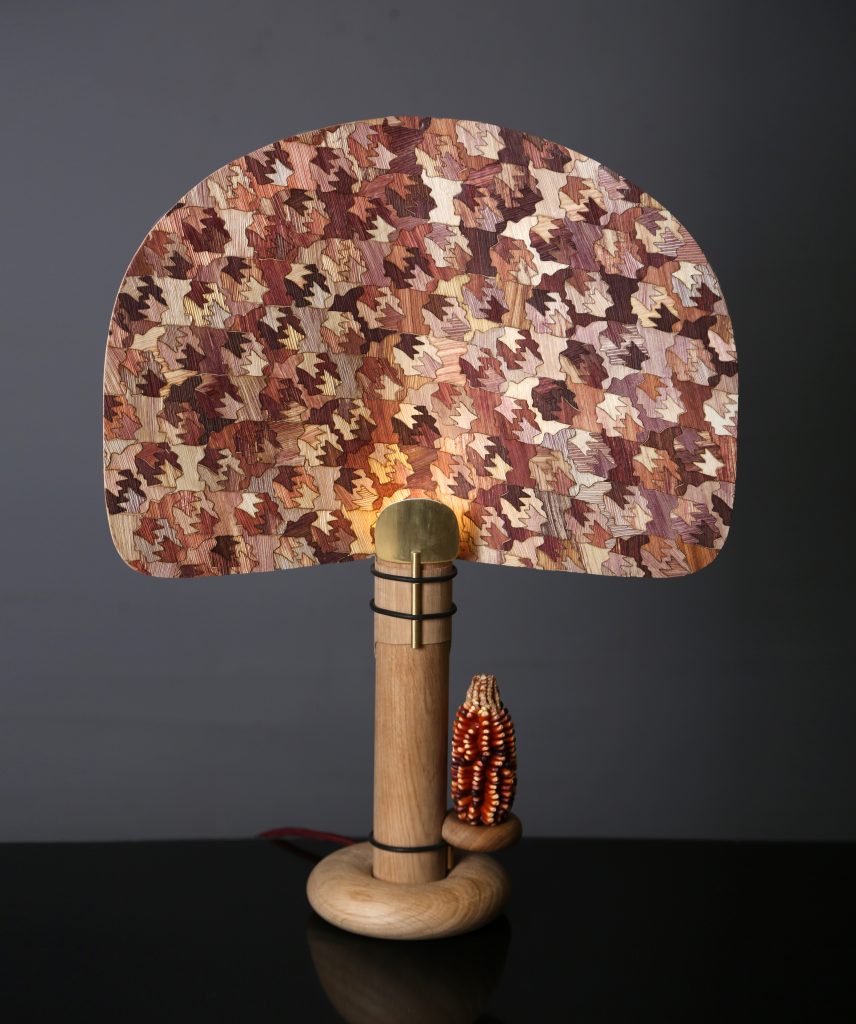 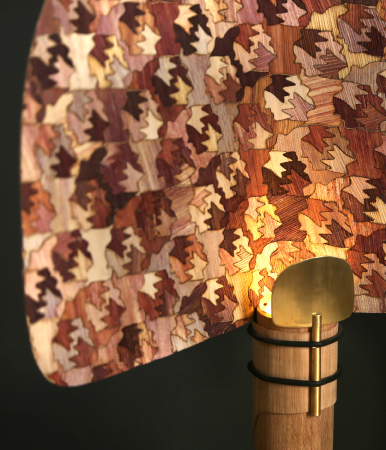 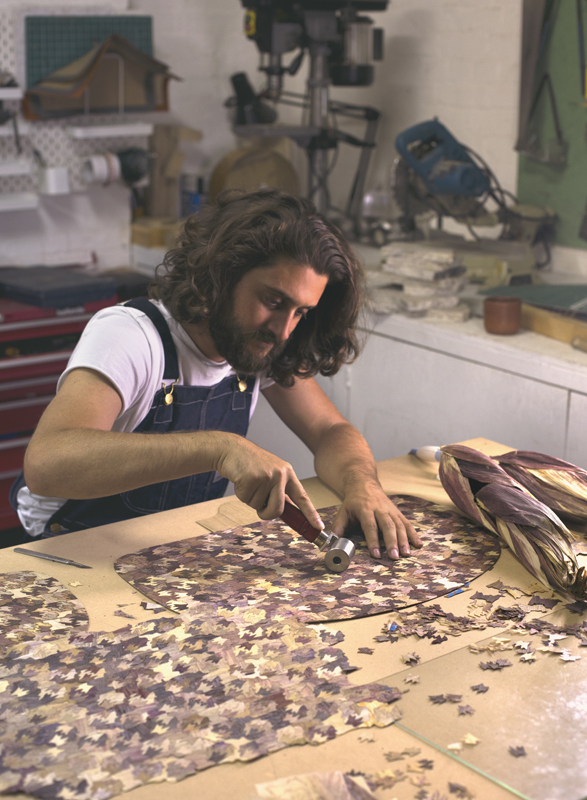 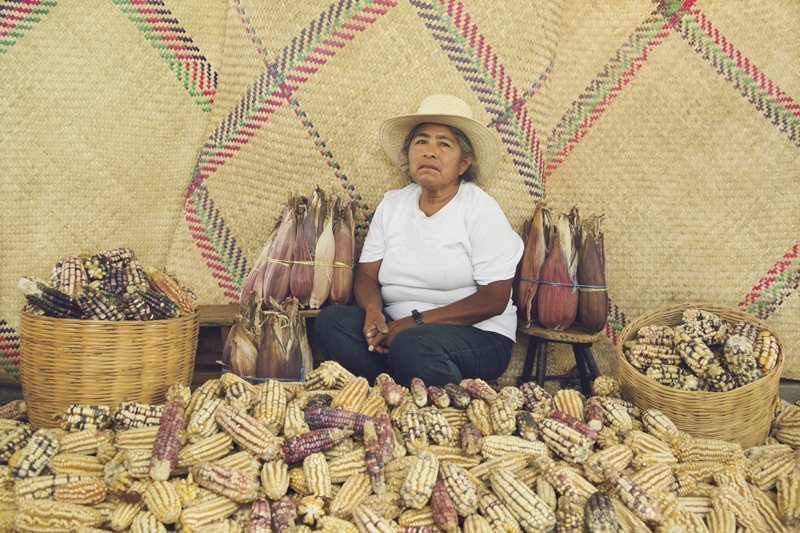 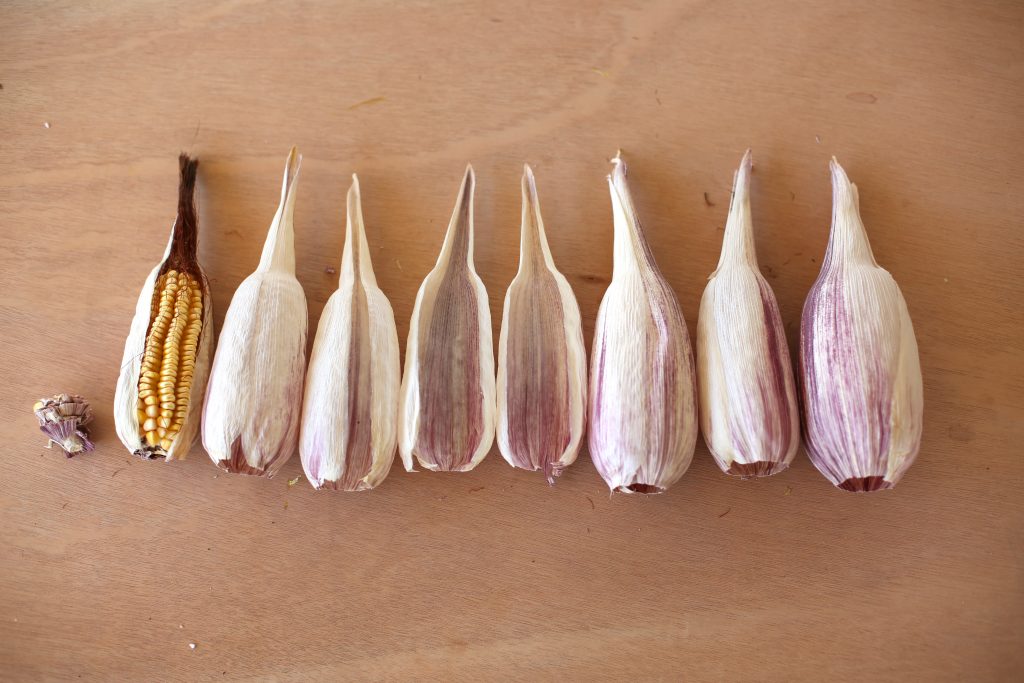 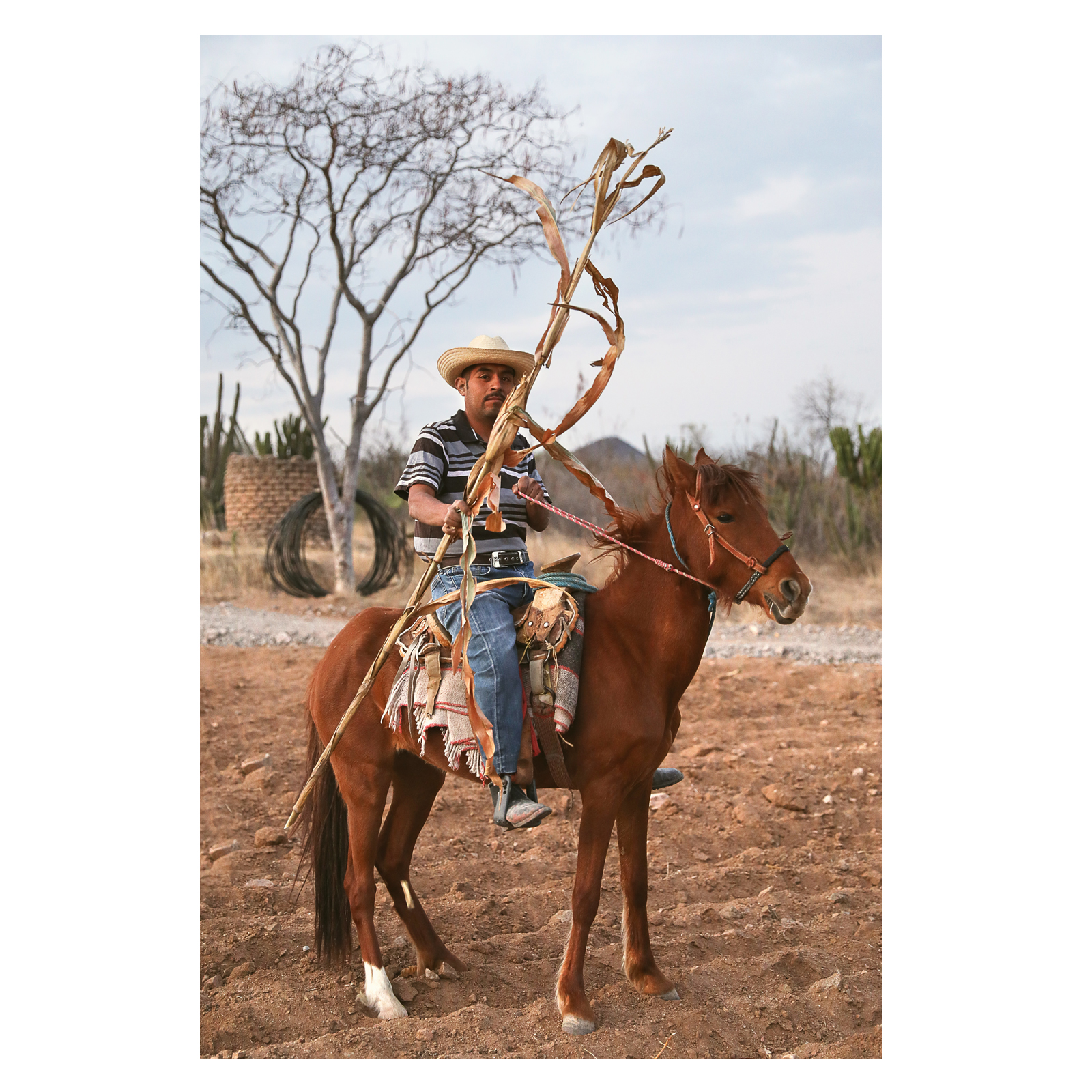